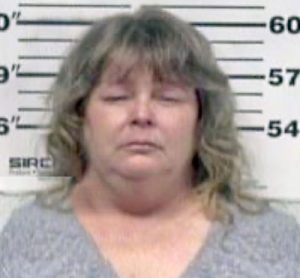 A woman faces terroristic threat and drug charges following an investigation conducted by the sheriff’s department. The investigation began when law enforcement authorities received information the woman, identified as Kimberly Smith, 51, Carthage, had allegedly made statements “to place dynamite around the jail and blow it up”, according to an offense report filed by K-9 officer Sgt. Junior Fields. Sgt. Fields and Sgt. Dt. Dusty Hailey, Sgt. Kendra Grisham and Deputy Ray Biggs went to a Dixon Springs residence where Smith was staying and conducted a probation search on Tuesday, August 11.