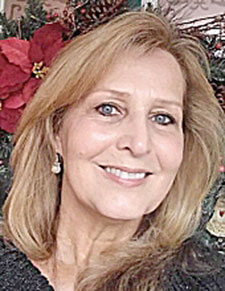 Ms. Debbie Oldham, age 63 of Lebanon died at 7:20 a.m. Friday morning September 11, 2020 at the Carmack Avenue home of her daughter in Carthage from bone cancer with which she was diagnosed June 5th of this year. She was pronounced deceased at 7:49 a.m. by Kindred Hospice who had assisted the family with her care.

Pastor Johan McGregor officiated at the Monday September 14th funeral services from the Carthage Chapel of Sanderson Funeral Home and his wife Sister Elize McGregor delivered the eulogy. Burial followed the 3 p.m. services in the Estle Flatt Cemetery in the Martin Hollow in the Difficult Community.

Ms. Oldham was a 1975 graduate of Lafollette High School in Lafollette, TN.

She was attended the Love’s Way Community Church in Lebanon and was active in their Joseph’s Storehouse ministries, which provided food and assistance to the needful of the community.

She had been employed with the Dana Corporation in Gordonsville since June 1, 1984 and served as Quality coordinator until overcome by her illness.

Surviving are her two daughters, Brooke Oldham Grimsley and Mandy Oldham both of Carthage,

The Oldham family requests memorials be made to Joseph’s Storehouse in Lebanon.