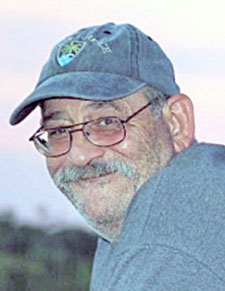 Mr. Tim Antone, of the Bellwood Community, in Wilson County was discovered deceased at his Carthage Highway home at 5:30 p.m. Saturday evening September 19, 2020 by a neighbor. The 59 year old Mr. Antone was being treated for terminal lung cancer.

He was at the Carthage Chapel of Sanderson and was cremated at Cumberland Family Services in Algood. Mr. Antone will be memorialized in section two at the Ridgewood Cemetery in Carthage along-side his mother.

One of seven children, he was born Timothy Lee Antone in the City of Burlington in Chittenden County, Vermont on May 10, 1961 and was the son of the late Betty Jean Lollar, a Carthage native who died June 28, 2011 at the age of 74 and Robert Albert Antone Sr. who resides in Clearwater, Florida.

He was preceded in death by a brother, Robert Albert Antone Jr.

He was an accomplished woodworker and furniture maker.