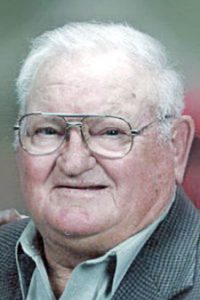 Graveside services and interment will be conducted Friday afternoon October 14th at the Wilson County Memorial Gardens with his nephew, Bro. Sam Vance officiating. Due to family health concerns all attendees are required to wear masks and practice social distancing.

There will be no visitation at the funeral home prior to the services.

He was a 1953 graduate of Lebanon High School where he played on the State Championship football team.

In 1957 he was united in marriage to Smith County native, the former Sarah Vance.

Mr. Halbert was a lifelong farmer and was retired from the City of Lebanon Fire Department.

He was of the Presbyterian faith.

The Halbert family requests memorials to the charity of your choice.