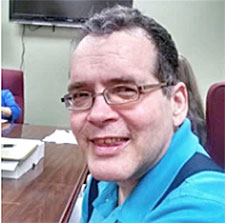 Mr. Billy Gary Youngblood, age 65, of Gordonsville, TN passed away Saturday October 17, 2020.Born March 7, 1955 at McFarland Hospital in Lebanon, TN Billy Gary was the son of J. L. Youngblood and Willie D. Ray Youngblood. He was the grandson of the late: Alta Samson Ray and Polk Ray who lived in Lancaster, TN, and the late Allie Huddleston Youngblood and James (Jim) Youngblood who lived at Silver Point, TN he was also preceded by an aunt Sherill McMahan.Billy Gary was a 1974 graduate of Gordonsville High School. He volunteered at Carthage General Hospital for 10 years and at Riverview Regional Hospital for 12 years. He was a member of the Lancaster United Methodist Church.Billy Gary was preceded in death by his father: J. L. Youngblood. He is survived by his mother: Mrs. Willie D. Ray Youngblood of Gordonsville, TN : aunt Marylene Ashburn of Silver Point, TN : uncle Ivan Youngblood of Silver Point, TN and numerous cousins.Billy Gary’s remains are at the Gordonsville Chapel of Bass Funeral Home where funeral services will be conducted on Tuesday October 20, 2020 at 2PM with Bro Scott Ezell, Bro Dickie Johnson and Bro George Reed officiating. Interment will follow in the Gordonsville Cemetery.Visitation with the Youngblood family will be on Monday from 3PM until 5 PM and on Tuesday from 12 Noon until funeral service time at 2PM.