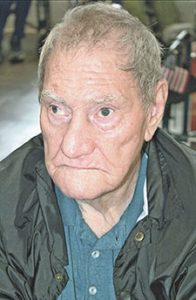 Mr. Charles Winfree, a retired farmer of the Hiwassie Community, died peacefully at 11 p.m. Friday evening October 16, 2020 at the Quality Center for Rehabilitation and Healing in Lebanon where he had made his home since July 2, 2019. Mr. Winfree was 80 years of age.

His former pastors, Eld. Heath Dodson and Eld. Jackie Kemp officiated at the 11 a.m. Monday morning October 19th funeral services from the Carthage Chapel of Sanderson Funeral Home. Burial followed beside his parents in the Winfree family lot in the Garden of Gethsemane at the Smith County Memorial Gardens.

Mr. Winfree was reared on the family farm on Murphy Drive in the Hiwassie Community and graduated from Union Heights Elementary School.

His family were members of the Knob Springs Missionary Baptist Church in the Hiwassie Community.