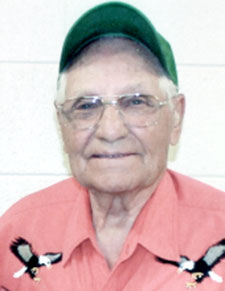 Bro. David Thackxton officiated at the 1 p.m. Wednesday afternoon October 21st funeral services from the Carthage Chapel of Sanderson Funeral Home. Burial followed beside his first wife, Nettie Petty, in the Garden of the Cross at the Smith County Memorial Gardens.

Mr. Petty was preceded in death by his first wife and the mother of his two sons, Nettie Illeen Silcox Petty who died March 2, 2000 at the age 66 and by a son Ernest Petty.

He was united in marriage to the former Thelma Marie Flatt of the Granville Community on September 29, 2000.

Mr. Petty retired from the Cadillac Motor Car Division of the General Motors Corporation in Detroit in 1987 with over twenty five years of service.

They attended the Red Hill Holiness Church in Tompkinsville, Kentucky.