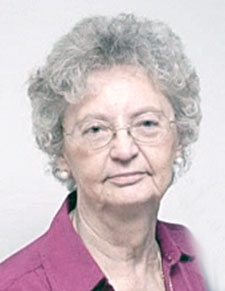 Life-long South Carthage resident, Mrs. Charlotte Grisham, died at the age of 78 at 12:29 a.m. Wednesday morning October 21, 2020 at the Vanderbilt Wilson County Hospital where she was admitted October 10th.

Mrs. Grisham was a 1960 graduate of Smith County High School where she majored in home economics and was a member of the Future Homemakers of America all four years, and where she held the Junior and Chapter degrees and her freshman, sophomore and senior years she was a member of the chorus and spring festivals. It was said of her in her annual: “She has a gentle smile and a kindly word to say.”

On April 25, 1964, Mrs. Charlotte was united in marriage to Harold Dean Grisham by Eld. Phocian Gibbs.

Their daughter, Joy Shondell, died at the age of five days on December 21, 1968.

She was saved at a young age and was at the time of her death a member of the North Gordonsville Missionary Baptist Church.