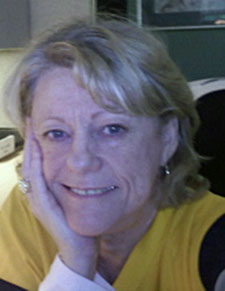 Mrs. Delores Ervin, of Alexandria, died at the age of 71 at 12:07 p.m. Tuesday afternoon October 27, 2020 at the St. Thomas Rutherford Hospital in Murfreesboro where she was admitted September 27th.

Funeral services were conducted Saturday afternoon October 31, 2020 from the Carthage Chapel of Sanderson Funeral Home with her pastor Bro. Larry Butler, assisted by his wife, Sis. Carolyn Butler officiating. Burial followed the 1 p.m. services beside her son in the Garden of Everlasting Life at the Smith County Memorial Gardens.

She was preceded in death by an infant brother.

Mrs. Ervin was a member of the 1967 graduating class at Smith County High School. There she majored in home economics and business education. Her senior year she was in the chorus, fall festival and spring festival. In the annual it was stated that Delores’s attitude was: “To live is a blessing”.

At the Smith County courthouse on October 23, 1971 she was united in marriage to Larry Alton Ervin.

Mrs. Ervin was saved at an early age and was a baptized believer and was a member of the Church of Redemption in South Carthage.

Mrs. Ervin was retired from the Cracker Barrel Corporation home office with over twenty years of loyal service. She was secretary to the Vice-President of Finance for Cracker Barrel.