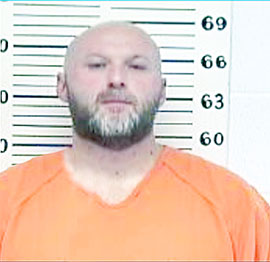 Seven people face multiple charges following a sheriff’s department investigation in which a large amount of drugs were discovered at a Hartsville Pike residence. The investigation began when multiple sheriff’s department officers went to the Hartsville Pike residence where multiple buildings with multiple residents are located to execute a search warrant. Law enforcement officers received information methamphetamine and heroin were being sold at the location, according to an offense report filed by K-9 officer Sgt. Junior Fields, one of the investigating officers.

During the search, a total of approximately 48.4 ounces of a green leafy substance believed to be marijuana and 22 grams of methamphetamine, two grams of heroin, along with drug paraphernalia were located, according to the officer’s report. Officers went to one of the buildings on the property where two of the suspects, identified as Ricky Bryan Bowman, 35, Carthage, and Amanda Elswick, 35, Carthage, were living and knocked on the door, according to the offense report.