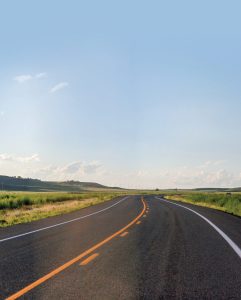 Plans for a rock mitigation project or bluff stablization for Highway 25 in the Tanglewood community continue to move forward. The Tennessee Department of Transportation has awarded the project to Civil Constructors LLC, a Franklin company, which placed the low bid on the project.

The company’s bid for the rock mitigation project was $2,974,196.09. The low bid was under the state’s estimated cost for the project which was $3,389,126. State transportation officials will meet with the construction company this month to discuss the project and construction work should begin shortly thereafter. The project area is the bluff located just west of the Highway 25 and Highway 80 intersection and on the north side of the state highway.

The location of the project is on the opposite side of the state highway from the raceway which closed several years ago. Construction plans call for the removal of loose rocks, impediments, vegetation and installation of a wire rockfall drape in order to catch falling rocks. The project also calls for “scaling and trim blasting” of the bluff. During the construction phase, one lane of the state road is expected to remain open, except during periods of blasting, according to state transportation officials.

The state contract allows the contractor to fully close the roadway up to three times per day up to 20 minutes, state transportation officials say. Blasting by the contractors is prohibited between 7 a.m. and 9 a.m. and 2:45 p.m. and 4 p.m. on weekdays. Traffic will be regulated during construction by a stoplight.