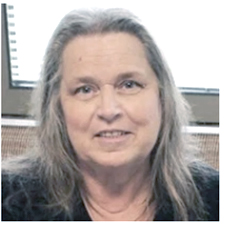 Mrs. Finley was born April 23, 1957 in Carthage, TN, a daughter of the late Paul Bridgeforth Bass and Mary Oleda Gwaltney Bass. She married James Michael Finley on June 16, 1979 and he preceded her in death on April 5, 2011. She was also preceded in death by Brother; Richard T. Bass, Father-in-Law; Ralph “Junior” Smiley Finley and Mother-in-Law; Mary Frances Holcomb Finley.

Carol was a 1975 graduate of Gordonsville High School and a 1979 graduate of Tennessee Tech University. She taught in the Smith County School System at Fork River Elementary and later for 28 years at Gordonsville Elementary and New Middleton Elementary until her retirement in 2020 after almost 30 years. She was a member of the Union Hill Cumberland Presbyterian Church.

Visitation with the family will be at the Gordonsville Chapel of Bass Funeral on Wednesday from 3PM until 8PM.