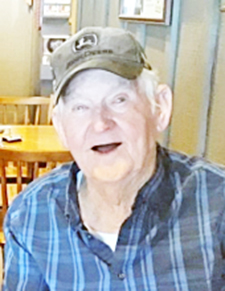 Mr. Roy Hicks, age 80, of the Tanglewood Community died at 7:04 p.m. Sunday evening December 20, 2020 at the Front Porch Senior Living Center in Portland under the care of Adoration Hospice.

Funeral services from the Carthage Chapel of Sanderson Funeral Home were conducted by Edward L. Anderson on Wednesday afternoon December 23rd at 1 p.m. Burial followed beside his infant son in the Garden of Gethsemane at the Smith County Memorial Gardens.

Mr. Hicks was a retired truck driver for the Yellow Freight Systems, a career that spanned twenty eight years before his retirement in 1999.

Following retirement he retained his membership in the International Brotherhood of Teamsters Local # 480 in Nashville which practice Unity, Pride, and Strength among their members.

Mr. Hicks was of the Church of Christ faith.