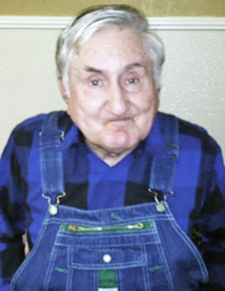 Mr. Fillmore Woodard, of the Funns Branch Community, died at 12:45 a.m. Thursday morning at the Quality Center for Rehabilitation and Healing in Lebanon where he had made his home since June 22, 2016. Mr. Woodard was 89.

He was also preceded in death by the mother of their children, Nellie Pearl Givens Woodard Carver who died at the age of 77 on August 16, 2013.

Mr. Woodard was a member of the former Ensors Chapel United Methodist Church in the Funns Branch Community.

Most of his life he was engaged in farming but he also worked for a period of time at the Texas Boot Co. in Lebanon.