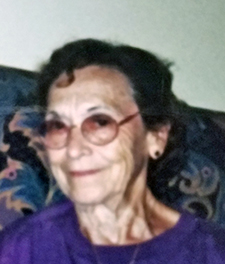 Burnease Piper Kilgo, age 96 of Nashville, TN passed away December 22, 2020. She was born January 25, 1924 in Cato, TN to the late William Wirt Towns and Maggie Bridgewater Roark Towns.  “Nanny”, as she was affectionately known, had many talents and worked as a payroll clerk, job foreman, bookkeeper, painter, plumber, and landlord, among other jobs. She ended her career as an employee to take on the role of a caregiver for her terminally ill daughter. Burnease was well known for helping those in need to get back on their feet.  She was preceded in death by her parents; daughter, Elaine Piper; and granddaughter, Deborah Ford (Tyler).  She is survived by her son, William Fred (Sybil) Piper Jr.; cherished grandchildren, William F. (Wendy) Piper III, Tiffany (Chris) Dubay, and Keith (Michelle) Piper; great-grandchildren, Blake (Angel) Williams, Kelly Williams, Justen Dubay, Emma Dubay, Molly Piper, Maddie Piper, Mitchell Piper, and Malone Piper; great-great-grandchildren, Paxton Kozlowski and Kruz William; and many nieces and nephews.  A memorial service will be held at a later date.  In lieu of flowers, memorial contributions may be made to the Alzheimer’s Association at www.alz.org/donate or to the National Breast Cancer Foundation at www.nationalbreastcancer.org/donate.