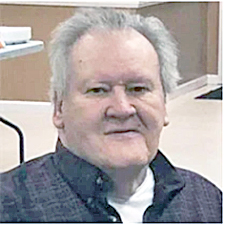 Mr. Donald Terry Johnson,  age 73, of Gordonsville, TN, and a native of the Willette Community of Macon County, TN, passed away on Monday, December 28, 2020.Mr. Johnson was born September 13, 1947 in Macon County, TN, a son of the late Milus Johnson and Elaine Thomas Johnson. He was also preceded in death by Brother; Harold Johnson and Sister; Becky Johnson Anderson.He married Janice Sue Huff on December 1, 1989. He was a graduate of Red Boiling High School. Mr. Johnson was a member of the New Middleton Baptist Church. He was saved at the Hickman Baptist Church. He worked for Clark Lumber Company in Gordonsville and later for Bonnell Aluminum until his sickness caused him to retire.Mr. Johnson is survived by Wife of 31 years; Jan Johnson of Gordonsville, TN. Step-Children; Michelle and Danny Bly of Murfreesboro, TN, Christy Potts of Gordonsville, TN, Susan Boyd of Carthage, TN, John and Heather Potts of Gordonsville, TN, and Joshua Potts of Gordonsville, TN. Eleven grandchildren, twelve great-grandchildren, and several nieces and nephews also survived.Graveside Services and Interment for Mr. Johnson are scheduled to be conducted on Wednesday, December 30, 2020 at 2PM at the Thomas Cemetery in Willette, TN, with Mark West officiating.The family will gather at the cemetery just prior to the 2PM graveside service.