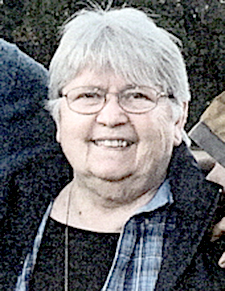 Mrs. Huddleston was at the Carthage Chapel of Sanderson Funeral Home. She was cremated at the Cumberland Family Services in Algood. Private graveside services and interment will be private only for the family at the Sanderson Cemetery in the Pleasant Shade Community.

One of five children born to Dorothy Marie (Dot) Knight Thomas of Springfield, and the late Raymond Dudley Thomas, she was born Peggie Jean Thomas in Springfield Tennessee on September 24, 1960.

Mrs. Huddleston was a 1958 graduate of Greenbrier High School in Greenbrier, Tennessee.

She was united in marriage to Pleasant Shade Community native Thomas David (Tommy) Huddleston in Springfield on September 24, 1960.

Mrs. Huddleston was a longtime employee of the former National Life and Accident Insurance Company in Nashville and retired as a real estate agent for Century 21.

Mrs. Huddleston was of the Southern Baptist faith.

The Huddleston family requests memorials to either the Sanderson Cemetery Mowing Fund or the St. Jude Hospital in Memphis.