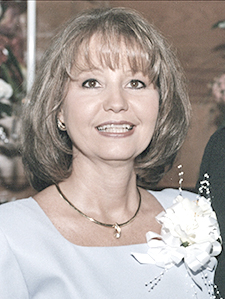 Mrs. Vivian Sloan Jones, a homemaker of the Russell Hill Community, died Sunday morning January 3, 2021 at 3:10 a.m. at the family’s Carthage Road home. She was under the care of Avalon Hospice and was pronounced deceased at 3:50 a.m.

She was one of two daughters born to the late Fred William Sloan who died November 12, 1997 at the age of 63 and Betty Jean Garrett Sloan Kittrell who died December 29, 1995 at the age of 60 and was born Vivian Lynn Sloan at the former Smith County Hospital in Carthage on April 1, 1955.

Mrs. Jones had valiantly battled cancer since 1997 and had never given up on her fight.

She was a 1973 graduate of Red Boiling Springs High School.

Mrs. Jones was a member of the Pleasant Shade Upper Cumberland Presbyterian Church.

She retired this year as a medical coder for Dr. Bowdoin Smith.

The Jones family requests memorials be made in Vivian’s memory to the Pleasant Shade Cemetery Mowing Fund.