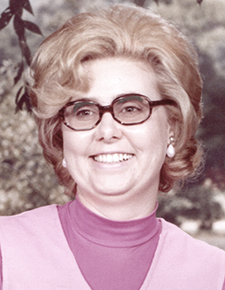 Eld. Dorothy Davis, a homemaker of South Carthage and an ordained Elder of the Emmanuel Church of Christ, died at the Riverview Regional Medical Center at 10:45 p.m. Friday evening, January 8, 2021, where she was admitted earlier that day suffering from

One of seven children,

she was born Dorothy Louise Lynch in Carthage on September 9, 1947 and was the daughter of Mrs. Oma Ritchie Hensley Lynch of Lebanon and the late Johnny Lester Lynch, who died at the age of 76 in 1997.

They were also preceded in death by their daughter-in-law, Tabatha Davis, who died September 30, 2020 at the age of 42.

Eld. Davis was united in marriage to Jerry Ray Davis in Wilson County on January 6, 1968.

Eld. Davis was a member of the Emmanuel Church of Jesus Christ in the Brush Creek community. She accepted Jesus as her Saviour at the age of 12 in 1959.