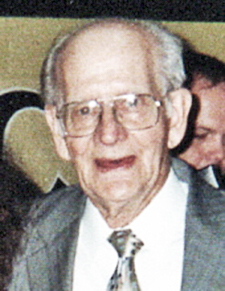 Mr. E.L. Watson, age 89, of the Riddleton Community, died at 7:30 p.m. Sunday evening January 17, 2021 at the TriStar Summit Medical Center in Hermitage where he was admitted January 9th.

Mr. Watson was at the Carthage Chapel of Sanderson Funeral Home where his funeral services were conducted Thursday afternoon January 21st with his pastor, Bro. David Norris, officiating. Burial followed in the Beasley-Brooks section of the Dixon Springs Cemetery.

Mr. Watson was a longtime carpenter and painter and was formally employed at Avco/Textron in Nashville.

He was saved at the age of 12 under the preaching of the late Floyd Wilson (F. W.) Lambert at the Mt. Tabor Missionary Baptist Church at Pleasant Shade.

At the time of his death he had moved his membership to the Dixon Springs Missionary Baptist Church where he was a faithful attendee as long as health permitted.

The Watson family requests memorial to either Alzheimers Tennessee or the Diabetes Association.