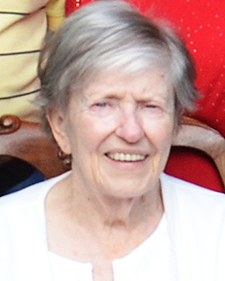 Longtime former Tanglewood Community resident, Mrs. Louise Duke, died at the age of 91 at 7:20 a.m. Sunday morning January 17, 2021 at The Pavilion in Lebanon with complications from Covid-19.

Burial followed beside her husband in the Duke family lot in section four of the Ridgewood Cemetery.

Mrs. Duke was preceded in death by an infant brother who died at birth.

She spent her early years in the Elmwood Community prior to moving with her family to River Road in West Nashville.

Mrs. Duke was a 1947 graduate of Bellevue High School in the Bellevue Community of Davidson County.

On August 31, 1948 in Rossville, Georgia she was united in marriage to Difficult Community native Morris Allen Duke. The love of her life preceded her in death on July 18, 2006 at the age of 80. From the day of their marriage he always affectionately called her Lou.

Mr. Duke retired in 1984 from the State of Tennessee Department of Transportation as Supervisor of Communications.

After marriage, they resided in Carthage where she began her long career in banking at the Smith County Bank.

Following moving to Donelson in the mid-1950’s, she continued her banking career with Commerce Union Bank in Donelson where she eventually became branch manager before retiring from Bank of America, which acquired Commerce Union, a career in the financial realm that spanned over forty years until her retirement in 1994.

After their children left home, she and her husband began touring the country on their beloved Honda Goldwing motorcycle, he driving and she riding double with him. They visited almost every state in the United States and Canadian Provinces.

With Mrs. Lou at his side they logged over 250,000 accident free miles riding their Goldwing.

Mrs. Duke loved telling stories of their many adventures and all of the wonderful people they met along the way, some of which she considered adopted members of her family.

While residing in Donelson, before their retirement, Mr. and Mrs. Duke attended the Glenwood Baptist Church, where their brother-in-law the late Bro. Ray McCall, was pastor and after moving to the Tanglewood Community attended the Carthage First Baptist Church.