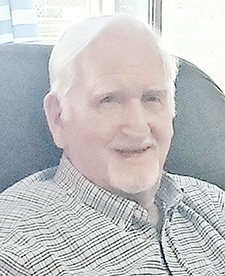 Dave entered into the United States Air Force on February 20th, 1952 and served his country for 20 years. He retired on February 29th, 1972 as a Master Sergeant having served in the Korean War and several tours of duty in Vietnam. He worked as an insurance agent for Life of Georgia for over 20 years and finished his employment history late last year with Laidlaw Transit in Huntsville, Alabama.

Luther David Teat departed this life on February 13, 2021 in Huntsville, Alabama. His greatest devotion was to his God. He loved studying God’s Word and engaging with anyone that wanted to discuss Bible history and theology. Dave was known as husband, dad, grandpa, and friend by all those that knew and loved him. He shared many stories of his military experience, but his favorite story was how he was saved as a teenager. He loved his wife, children, grandchildren, and great grandchildren with his whole heart. We will miss him, but we take comfort in knowing there is a reunion day ahead.

Luther David Teat’s service will be conducted at The Full Gospel Tabernacle in Lebanon, TN on February 20, 2021 at 2:00 pm with visitation beginning at 12:00 pm on Saturday until service time at 2:00.

This notice provided as a courtesy to the Teat Family.