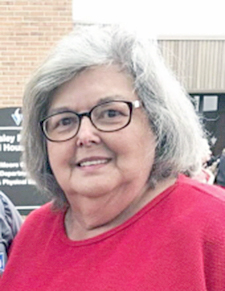 Mrs. Mary Woodard Gragiola, of Gordonsville, died at 9:40 p.m. Wednesday evening, February 17, 2021, at the age of 72 at the St. Thomas Rutherford Hospital in Murfreesboro where she was admitted February 16th, suffering from cardiac complications.

Funeral services from the Carthage Chapel of Sanderson Funeral Home are scheduled for Thursday afternoon, February 25th, at 3 p.m. Burial will follow in the Woodard family lot in the Garden of The Cross at the Smith County Memorial Gardens.

The Gargiola family will receive friends at Sanderson in Carthage on Wednesday, February 24th, from 2 p.m. until 8 p.m. and on Thursday after 1 p.m.

She was also preceded in death by Texas resident Jack Gragiola.

Mrs. Gargiola was a 1966 graduate of Smith County High School where she majored in home economics and business education and was a member of the Future Homemakers of America.

She was saved as a teenager and was baptized into the full fellowship of the New Salem Missionary Baptist Church in the Elmwood community.

She was first employed at the Welch Company in Gordonsville until 1980 when she moved to Dallas, Texas and began employment with the G & B Battery Company, from which she retired before returning to Gordonsville.