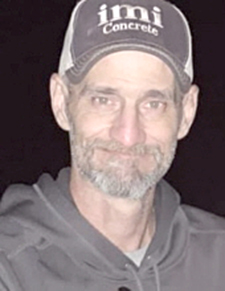 Mr. Bennett is at the Carthage Chapel of Sanderson Funeral Home where his funeral services were conducted by Eld. Stephen Farley Brooks. Burial followed in the Bennett family lot in the Garden of the Cross at the Smith County Memorial Gardens.

The parents, Mr. and Mrs. Bennett Sr., owned and operated the Bennett’s Service Station at the north end of the Cordell Hull Bridge in Carthage from 1978 until retiring in 2005 and that was where Wenn spent his early years working in the family business.

Mr. Bennett was saved at the age of 12 at the East Carthage Missionary Baptist Church under the preaching of Eld. Stephen Farley Brooks.

After his parents retired from the service station business he was employed at Filtra Systems in Gordonsville as a metal fabricator from 2005 through 2019.

He was a 1992 graduate of Smith County High school where he majored in Agriculture and served as the chapter secretary his senior year. He was an outstanding baseball player, playing all four years. He was also a member of SADD “Students Against Drunk Driving” his senior year.

Wenn was the father of Alexia Bennett of Smyrna and Julianna Wright of the Riddleton Community.

Also surviving in addition to his parents is his sister, Retta Bennett Ellenburg and husband Richard of the Rock City Community and their children, Lauren Ellenburg and son Colton of South Carthage and Jared Ellenburg and wife Tori of the Kempville Community.