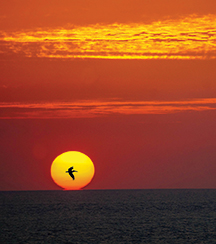 Rock City Community resident, Mr. John Christian, was pronounced deceased at the age of 75 at the Riverview Regional Medical Center in Carthage after suffering an apparent fatal heart attack at his Volunteer Circle home.

At Mr. Christian’s request to be cremated, the process was completed at the Cumberland Family Services in Algood following arrangements being made at the Carthage Chapel of Sanderson Funeral Home. The family will conduct no local memorial services.

Mr. Christian was a native of Essex in Stoddard County, Missouri and was born John Henry Christian June 17, 1945 and was one of seven sons of the late Roy and Ester Wamble Christian.

He was a 1963 graduate of Bloomfield High school in Bloomfield Missouri.

In Toledo, Ohio on January 10 1967 he was united in marriage to Monterey, Tennessee native, the former Marcella (Marcy) Louise Robinson.

They were preceded in death by their only child, a daughter, Rhonda Leigh Christian, who died at the age of 47 on April 16, 2016.

Mr. Christian was a longtime member of the Michigan National Guard.

He was retired from C & C Electronics in St. Louis, Missouri who were manufacturers of circuit boards for the airline industry.

In 2005 the Christian family relocated to the Rock City Community from Atlanta, Georgia.

He was of the Methodist faith.