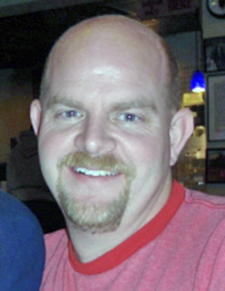 Mr. Ken Doran, age 49, of Carthage, was pronounced deceased at 3 p.m. Friday afternoon April 30, 2021 at the St. Thomas DeKalb Community Hospital. He collapsed while hiking at the Edgar Evins State Park in the Silver Point Community. He died of natural causes.

Mr. Doran was at the Carthage Chapel of Sanderson Funeral Home. His pastor, Rev. Monica Mowdy, officiated at the 11 a.m. Friday morning May 7th memorial services which were conducted from the Carthage United Methodist Church where Mr. Doran was a member.

Mr. Doran had requested to be cremated and that was performed at the Cumberland Family Services in Algood.

He was one of three sons and was born Kenneth Steven Doran in Ames in Story County, Iowa on December 29, 1971 to Michael and Marcia King Doran who survive and reside in Beaver, Iowa.

Mr. Doran was a 1990 graduate of Ames High School in Ames, Iowa and received his Bachelor of Business Administration Degree from Cumberland University in Lebanon.

In Macon County on December 27, 1995 he was united in marriage to Rock City Community native, the former Tina Bennett.

He was a peacetime Army veteran and was honorably discharged on June 16, 1992 with the rank of Private at Fort Lee in Prince George County, Virginia.

For over twenty years he had owned and operated Classic Doors of Nashville, making custom doors for restored homes and newly constructed homes.

He was an avid outdoorsman and loved spending time on the lake.