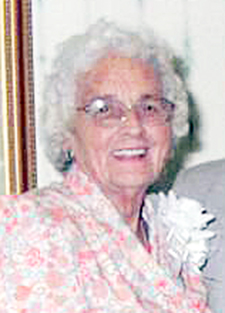 Mrs. Syble Brockette Smith, age 94, a homemaker of the Russell Hill Community, died at the Smith County Health and Rehabilitation Center in Carthage on Friday afternoon April 30, 2021 under the care of hospice.

Funeral services from the Anderson and Son Funeral Home in Red Boiling Springs were conducted Monday afternoon May 3rd at 1 p.m. with her pastor, Eld. Scott Rigsby officiating. Burial followed beside her husband in the Davis Cemetery in the Russell Hill Community.

On June 1, 1941 she was united in marriage to Russell Hill Community native, Raymond “Flat” Smith who preceded her in death on December 3, 2017 at the age of 94.

She was a member of the Russell Hill Upper Cumberland Presbyterian Church.

This notice provided as a courtesy to the Smith family.