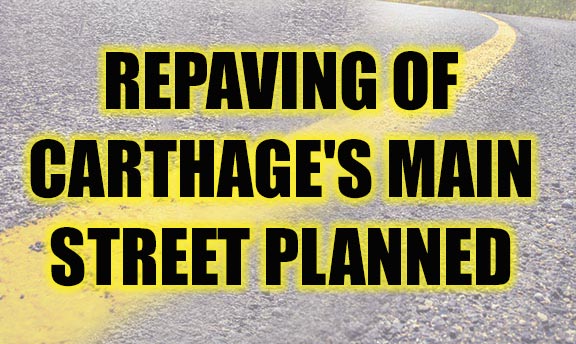 For some time now, motorists may have noticed Main Street in Carthage has gotten to be a bumpy ride. Plans are in motion to repave the entire city street. A public notice was placed in last week’s edition of the Courier seeking bidders on the project.

Main Street North (as it is known on maps) from the Cordell Hull Bridge to the Highway 25 (Carthage Bypass) intersection will be repaved, a distance of .8 miles. Most of the rough spots have been caused by spot patching to replace areas dug up to replace leaky waterlines through the years. It has been several years since the street has been repaved.

After the Carthage Bypass (Highway 25 Bypass) opened several years ago, ownership of the former state highway was turned over to the city of Carthage.