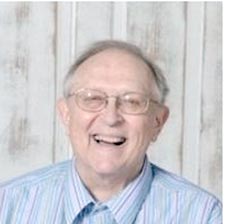 Joseph William “Bill” Sheppard, 79, of Royal Oak, Michigan, died on May 28, 2021 after a sharp decline in his health and a brief time in hospice.

Bill was a 1960 graduate of Gordonsville High School, then graduated from Cumberland College in 1962 with an Associates degree. In 1964 he earned a B.S. degree from Tennessee Technological University in Industrial Engineering. On December 24, 1964 he married his college sweetheart, Harriette Ann Gentry of Gainesboro, TN and they moved to St. Louis, Missouri. In 1973 Bill and Harriette moved to Detroit, MI, purchasing a home in the historic Rosedale Park neighborhood, on Rosemont Street. Bill soon began a career with General Motors that lasted 35 years. Together with Harriette, in the house on Rosemont they raised their two sons,Matthew and Michael, turned neighbors into lifelong friends, and remained engaged in local civic groups.

Bill was a devoted husband to Harriette for fifty-five years and tenderly cared for her in the last years of her life. He was a consistent example of integrity to his two sons, teaching them to value hard work, take responsibility for their actions, and to always support their friends and family. Bill is survived by sons; Matthew Sheppard and Michael (Maria Williams) Sheppard all of Detroit, MI. Grandson; Davis Sheppard. Siblings; Tommy (Connie) Butler of Pleasant Shade, Bryan Butler of Brush Creek, Elizabeth (Duane) Cates of Gallatin, and Barbara (Jim) Fuller of Lebanon. Sisters-in-law; Glenda (Terry) Parks of Chattanooga and Anita (Dave Worrell) Gentry of Texas. Brother-in-law; Tom Hedges of Berkeley, CA. Also surviving is a very special uncle; William Latta of Louisville, KY; and many cousins, nieces and nephews, and dear friends.

Following cremation, a private graveside memorial for immediate family will be held at Henderson B. Gentry Cemetery in Gainesboro, TN on June 5, 2021. In lieu of flowers, please make donations in the form of a check made payable to the Henderson B. Gentry Cemetery and mail to the Anderson-Upper Cumberland Funeral Home, 2131 Grundy Quarles Highway, Gainesboro, TN 38562.

This notice provided as a courtesy to the Sheppard Family.
Posted in Obituaries