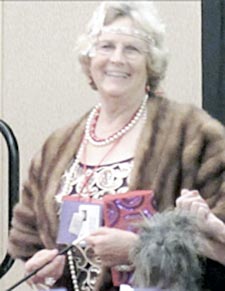 Memorial services for Mrs. Tabor are scheduled for Friday afternoon June 11th from the Carthage Chapel of Sanderson Funeral Home with family members delivering the eulogies. Mrs. Tabor was cremated at the Cumberland Family Services in Algood. Her inurnment will be with her husband at the Kentucky Veterans Cemetery South East Columbarium in Hyden, Kentucky.

Born Linda Joyce Taylor in Peebles in Adam County, Ohio on September 22, 1944, she was one of eight children of the late William Taylor and Nina Ruth Fletcher Taylor.

She was preceded in death by two brothers, Vernon Taylor and Roger Lynn Taylor who died in combat during the Korean War at the age of 21 on September 5, 1921.

Mrs. Tabor was a 1961 graduate of Leslie County High School in Hyden, Kentucky.

Mrs. Tabor’s husband of over fifty four years, Henryville, Indiana native Donald Calvin Taylor, preceded her in death on October 31, 2018 at the age of 75. They were united in marriage in Havre De Grace, Maryland on February 15, 1964.

The Tabor’s, following retirement, relocated to Smith County in 2005 from Pasadena, Maryland.

Mrs. Tabor was a member of the Red Hat Society and enjoyed bowling.

She was a retiree from the retail division of Hallmark Inc. with over twenty two years of service.