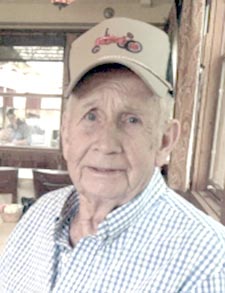 Mr. Joe McDonald, age 83, of the Chestnut Mound community, died at 11:08 p.m. Saturday evening, June 5, 2021, at the Vanderbilt University Medical Center in Nashville where he was airlifted by Life Flight on Saturday afternoon from the Riverview Regional Medical Center in Carthage.

Smith County E.M.S. responded to a call at the McDonald Farm home off Maggart Road at 12:55 p.m. Saturday afternoon, stating Mr. McDonald was unconscious. He had collapsed while he and his son were working on the farm and when falling he struck his head.

Funeral services were conducted Wednesday morning, June 9th, at 11 a.m. from the Carthage Chapel of Sanderson Funeral Home. Bro. Jeff Burton officiated and burial was beside his wife and parents in the McDonald family lot in the Garden of Gethsemane at the Smith County Memorial Gardens.

Mr. McDonald was a 1957 graduate of Smith County High School where he majored in Agriculture and was the Freshman Class President, and Sophomore Class Vice President and his freshman year was a member of the Science Club and the Spanish Club his junior year. It was stated of him in his senior annual profile that “He was an easy going kind of boy”. This statement was true of him throughout his life.

Mr. McDonald was united in marriage to Pea Ridge community native, the former Judy Ann Fitzpatrick, and the ceremony was performed at the home of the late Eld. Phocian Gibbs on October 18, 1958.

Mrs. McDonald will also be remembered as serving a total of sixteen years as the Smith County Trustee, an office from which she retired following four terms and did not seek re-election.

Mr. McDonald was a retiree from the Ford Glass Plant in Nashville with over forty years of service and following retirement enjoyed working on his farms.

The McDonald family requests memorials to the A. L. S. Clinic at Vanderbilt University Medical Center. Mrs. McDonald suffered with Lou Gehrig’s disease for four years before her death.