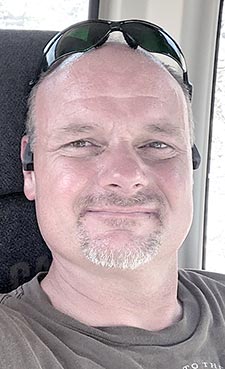 Funeral services for Steven Dale Hammock, 49, of Gordonsville, TN, will be held on Friday, July 16, 2021, at 4 P.M. at Anderson Upper Cumberland Funeral Home. Burial will follow in the Draper Cemetery on Wartrace Hwy. in Jackson County, TN.

The family will receive friends on Friday from 10 A.M. until time of services.

He was born January 8, 1972, in Livingston, TN, to Earl Hammock and the late Willa Dean Caruthers Hammock. On February 2, 2007, he was married to Teri Jo Haaser, who survives. He was an auto mechanic, and attended the First Church of the Nazarene in Lebanon, TN.

In addition to his mother, he was preceded in death by 1 Brother: Donnie Stafford; and 2 Sisters: Connie Rhodes and Brenda Freed.

Gary Wilson, Sherman Reed, and Mike Dunn will officiate at the services.

In lieu of flowers, memorial donations may be made to help with funeral expenses by contacting the funeral home.