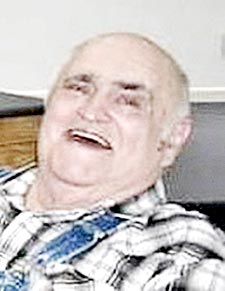 Mr. Walter Forrest, age 74 of Hartsville, died at 9:07 a.m. Monday morning, August 23, 2021, at the Be Blessed Home Care in Hendersonville following a period of declining health.

Services were conducted at 1:00 p.m. on Thursday, August 26 from the Carthage First Freewill Baptist Church with Bro. Craig Mahler and Bro. Frank Bratcher officiating. Graveside service and interment were held at the Clear Creek Cemetery in Taylorsville, Mississippi.

In Taylorsville, Mississippi on August 5, 1967 he was united in marriage to the former Brenda Lee Parker who survives.

Mr. Forrest was a graduate of Raleigh High School in Raleigh, Mississippi where he was a standout football player. He would go on the play at Jones County Junior College before entering the NFL as a center for the New Orleans Saints until injuries cut his playing career short.

Upon moving to middle Tennessee in 1991, Mr. Forrest owned Bufords Restaurant in the Defeated Creek community before turning to the agriculture industry and working in cattle.

He was a member of the Carthage First Freewill Baptist Church in Tanglewood.

Surviving in addition to his wife of over 54 years are his children, Wanda Fisher & husband Jimmy of Pleasant Shade, Jammye Forrest & wife Christine of Clayton, NM, Lee Forrest of Raleigh, NC; 9 grandchildren; 5 great-grandchildren; and another daughter, Bea Davis & husband Shannon of Defeated Creek.