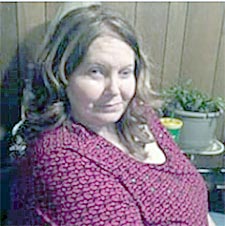 Mrs. Akers was born March 14, 1958 in Hartsville, TN, a daughter of the late Virgil Louis Neal and Daura Jane Guffey Neal. She was also preceded in death by Sister; Vel Pilon. Mrs. Akers married John Akers, Jr. on June 27, 1974. She was a hardcore Elvis fan. Mrs. Akers was a member of the Gordonsville Church of Christ. She will be remembered as a loving mother, grandmother, an extremely good wife, and woman who loved the Lord.

Funeral Services for Mrs. Akers are scheduled to be conducted from the Gordonsville Chapel of Bass Funeral Homes on Wednesday, September 8, 2021 at 1PM with John Griffin and Christopher Jackson officiating. Interment will follow in the Gordonsville Cemetery.

Visitation with the family will be at the Gordonsville Chapel of Bass Funeral Homes on Tuesday from 3PM until 8PM and on Wednesday after 10AM until service time at 1PM.

The family requests masks be worn while visiting the funeral home.