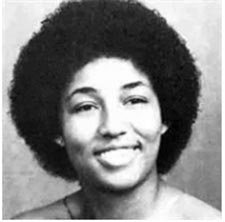 Cathy worked as a security guard for over 20 years, and held jobs at numerous prestigious employers. She worked for American Airlines, Murray Security as a contractor at the state office buildings, Delta Global, Brantley Security, and Walden’s Security. Throughout her career she received numerous commendations and awards.

Ms. Carter accepted Christ at an early age and was a member of the Ballard’s Chapel United Methodist Church.

Funeral Services for Ms. Carter are scheduled to be conducted from the Gordonsville Chapel of Bass Funeral Homes on Sunday, September 12, 2021 at 2PM with Rev. Willie Cameron officiating. Interment will follow in the Ballard Chapel Cemetery.

Visitation with the family will be at the Gordonsville Chapel of Bass Funeral Homes on Sunday from 11AM until service time at 2PM.