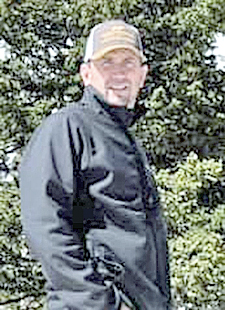 The family will receive friends on Wednesday from 4 P.M. – 8 P.M., and Thursday from 10 A.M. until time of services.

He passed away on Sunday, September 19, 2021, at TriStar Hendersonville Medical Center.

He was born October 17, 1970, in Jackson County, TN, to Fay Leonard and the late Ronald Raymond Leonard, Sr. On December 4, 1992, he was married to Karen Michelle Scott Leonard, who survives. He worked as a casting team leader at Bonnell Company. He was a Christian, and a member of the Richmond Chapel Church of Christ.

He was an avid outdoorsman, traveler, and marathon runner. He spent his lifetime living and working on the family farm, The Sutton Hollow Century Farm. He loved his family, his wife and children, and his pet dog, Dixie.

Bro. Edward Anderson will officiate at the services.

Memorial donations may be made to his daughters’ college fund by contacting the funeral home.

Honorary Pallbearer: Blake Leonard, who is serving our country in the U.S. Navy