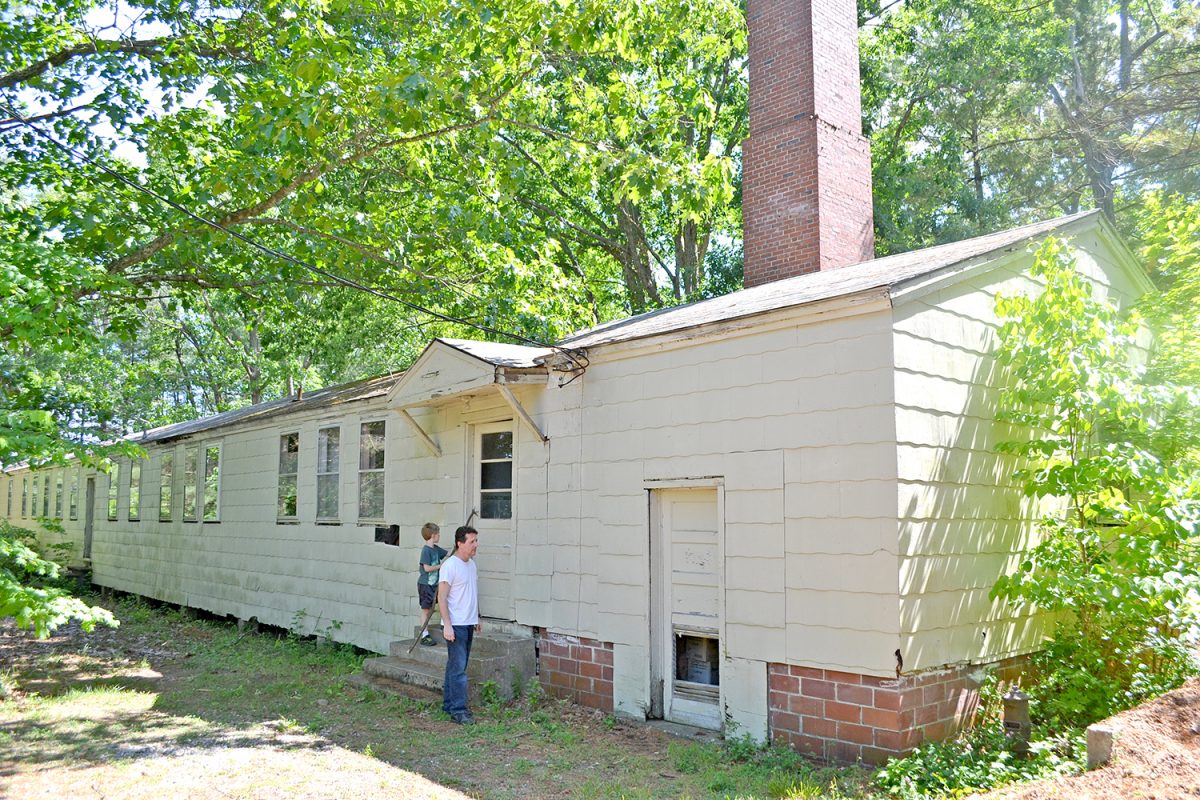 There were about half a dozen prisoner of war camps in Tennessee during World War II—the best known of which was Camp Crossville, in Cumberland County. We know a lot more about Camp Crossville than the others because of Gerhard Hennes.

Hennes was a German officer captured in North Africa in May 1943. Five months later, he entered the gates of Camp Crossville, where he was interred for two years.

After World War II, Hennes would become an American citizen, and in 2004 he published The Barbed Wire: POW in the USA. In it he gives a detailed description of life at Camp Crossville—a piece of real estate now occupied by the Clyde York 4-H Training Center.

Hennes and his fellow prisoners were treated better than any prisoners of war I’ve ever heard of. They were given new uniforms, they were not interrogated and they were mostly left to the authority of their own German officers.

The best part of Camp Crossville, Hennes claims, was the food. “There were three square meals a day,” he wrote.

I was also surprised to learn from Hennes’ book and from Sean Boring, curator at the Military Memorial Museum in Crossville, that prisoners were routinely allowed to leave Camp Crossville. “With so many young men away, there was a big manpower shortage in the area,” Boring said. “There were German POWs working in factories and on farms, helping farmers bring in the crops.”

The German prisoners used the money they earned to buy beer, cigarettes, books and just about whatever they chose to order from the Sears catalog. They passed the time taking classes that were taught by other prisoners, participating in tennis and soccer leagues that they organized, playing cards and drinking beer.

Boring and his parents have done much to preserve Cumberland County’s military history, which includes the prisoner of war camp. Within the small museum in Crossville one can find weapons, uniforms, photographs, letters and other objects from the Civil War up through the present.

A few years ago, local volunteers even created a large wooden model of the prisoner of war camp, based on several sketches and maps of the facility.

As I read Hennes’ account of being a POW, I began to wonder if there was a turning point in his experience. It came in the spring of 1945. After Germany’s surrender, all of the POWs were marched into a Crossville movie theater, where they saw a film containing footage from the liberation of the Nazi-run concentration camps.

“We saw the piles of naked bodies, starved to death,” he wrote. “We saw the mass graves . . . We saw and stared in silence, struggling but unable to believe what we Germans had done to Jews, gypsies, prisoners of war and many others deemed inferior or expendable.”

Hennes says he and his fellow soldiers and officers were shocked to learn about the Holocaust. He said that, for him, seeing that film was “the day when I turned in one profound transformation from being a hero to being a villain.”

It was also the day that the treatment of German POWs changed. Some of this appears to have been a deliberate policy change on the part of the U.S. military. It may have also reflected the attitude of the prison guards, who were also moved by the images of the mass genocide.

Shortly after Thanksgiving, 1945, Hennes and the other prisoners of war were sent by train to New York, then by ship to Europe. Hennes then spent two more months at a POW camp in France. There, the food was scarce, the conditions were overcrowded and treatment was rough.

After the war, Hennes moved back to the German town in which he grew up. He emigrated to the U.S. in 1953 and became a citizen five years later.

“For most of my life I have been an American citizen,” says Hennes, who is now 92 and living in Crossville. “I am very proud of that, and thankful of the opportunities that the United States gave me.”