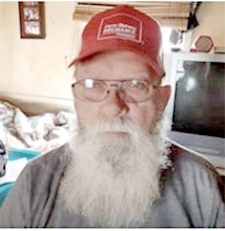 Mr. Jackson was born January 9, 1946 in Baxter, TN, a son of the late Horace Jackson and Euraleen Whitehead Jackson. He was also preceded in death by Siblings; Reba Shoemake, Joyce Rittenberry, Euell Jackson, Joyce Bogle, Mildred Allen, Ruby Phillips, Helen Leazenby, and Evelyn Down, and by daughter of his companion; Stephanie Blackburne.

Graveside Services and Interment for Mr. Jackson are scheduled to be conducted at the New Macedonia Cemetery in Pea Ridge, TN, on Monday, December 27, 2021 at 1PM with Bro. Mike Bennett officiating.

Visitation with the family will be at the Gordonsville Chapel of Bass Funeral Homes on Monday from 11AM until departure for the cemetery at 12:30PM.