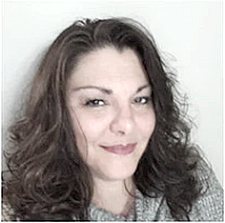 Elizabeth was born January 18, 1971 in Guadalajara, Mexico a daughter of Margaret Woodard Vance and the late James Exum Vance. She was a 1989 graduate of Gordonsville High School. Elizabeth worked for Meharry Medical for several years. She was saved by the grace of God and was a member of Calvary Missionary Baptist Church.

Funeral Services for Ms. Emison are scheduled to be conducted from the Gordonsville Chapel of Bass Funeral Homes on Wednesday, January 19, 2022 at 1PM with Bro. David Manning and Bro. Matt Brown officiating. Interment will follow in the Gordonsville Cemetery.

Visitation with the family will be at the Gordonsville Chapel of Bass Funeral Homes on Tuesday from 3PM until 8PM and on Wednesday from 10AM until service time at 1PM.

The family requests memorials be made to assist with funeral expenses.