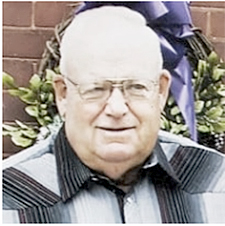 Mr. Ophel Page, age 87 of Lancaster, TN passed away on Thursday, January 6th 2022, in the comfort of his own home.

Mr. Page was born February 16, 1934 in the Poison Hollow community of Dekalb County, TN, a son of the late Resen Page and Jewel Smith Page. Ophel moved to Lancaster in 1948 when his childhood homestead was bought for the construction of the Center Hill Dam. On May 15, 1959 he married Joyce Ann Massey. By trade he worked as a farmer and carpenter. He served the community for many years as a deacon of the Lancaster Baptist Church until returning to his childhood church Elizabeth Chapel Baptist Church in Smithville, TN.

Funeral Service for Mr. Page are scheduled to be conducted from the Gordonsville Chapel of Bass Funeral Homes on Sunday, January 9, 2022 at 2PM with Bro. Jimmy Gregory and Bro. Donald Owens officiating. Interment will follow in the Gordonsville Cemetery.

Visitation with the family will be at the Gordonsville Chapel of Bass Funeral Homes on Saturday from 1PM until 7PM and on Sunday after 11AM until service time at 2PM.