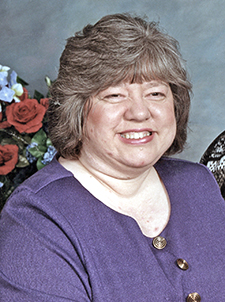 Mrs. Brashier was at the Carthage Chapel of Sanderson Funeral Home where her funeral services were conducted Friday afternoon January 21st at 1 p.m. Eld. Shawn Shepherd officiated and burial followed in the Gregory family lot in the Gazebo section at the Dixon Springs Cemetery.

The oldest of three daughters and three sons of Glenn Edison Gregory and Shelby Jean Moss Gregory of the Young Branch Community, she was born Glenda Jean Gregory at the former Petty-Green Clinic in Carthage on February 24, 1956.

She was a 1974 graduate of Smith County High School where she majored in home economics and was a member of the Future Homemakers of America all four years. Her senior years she was a member of the library club and the pep club for three years and in the junior play.

At the age of 11 in July of 1967 she was saved and was baptized into the full fellowship of the Maces Hill Missionary Baptist Church.

At the First Baptist Church in Hartsville on June 29, 1979, she was united in marriage to Southeast Wisconsin native Joseph Clarence “Joe” Brashier, a former radio personality at WRKM radio in Carthage. The ceremony was performed by the late Eld. J. C. Austin.

While living in South Bend she and her husband attended the Grace Way Michana Church which was located near their Donnmoyer Avenue home.