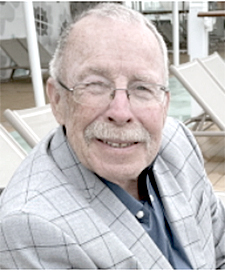 Mr. Breckenridge was at the Carthage Chapel of Sanderson Funeral Home and had requested of his family that he be cremated. That will be performed at the Cumberland Family Services in Algood.

At a day and time to be announced, a Celebration of Mr. Breckenridge’s life will be joyfully reflected on by his family and many friends. He will later be interred in the Duke Family Lot in section four at the Ridgewood Cemetery in Carthage.

Lanny Ray Breckenridge was born April 20, 1944 to the late Grant Joseph Breckenridge Jr. and the late Dorothea Jayne West Breckenridge at the Fort Sewart Air Force Base in Smyrna where his father was stationed during World War II.

Following the end of the war, the Breckenridge family returned to their home in Akron, Ohio where he grew up, attended and graduated from Green High School in 1962 and was employed for seventeen years at Firestone.

Mr. Breckenridge was a member of the Ohio National Guard and was deployed for the Kent State massacre at Kent State University in Kent, Ohio which occurred on May 4, 1970.

In 1981 Mr. Breckenridge moved to Nashville and shortly thereafter began working in the IT Department of Corroon and Black, which later became the Willis Group. After twenty five years with Willis, he retired in 2008.

In Bradenton, Florida on February 1, 1991 he was united in marriage to Carthage native, the former Melissa Ann Duke. Following their marriage, they resided in the Mount Juliet area, most recently at the Lake Providence Del Webb Community.