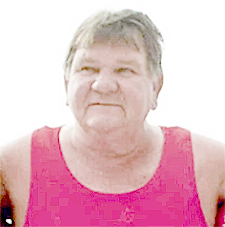 Mr. Damron was born January 10, 1954 in Yeager, WV, a son of the late Luther Damron and Pearl Kennedy Damron. He was also preceded in death by eleven siblings and granddaughter; Emma Thompson.

Services for Mr. Damron will be announced when they are finalized.