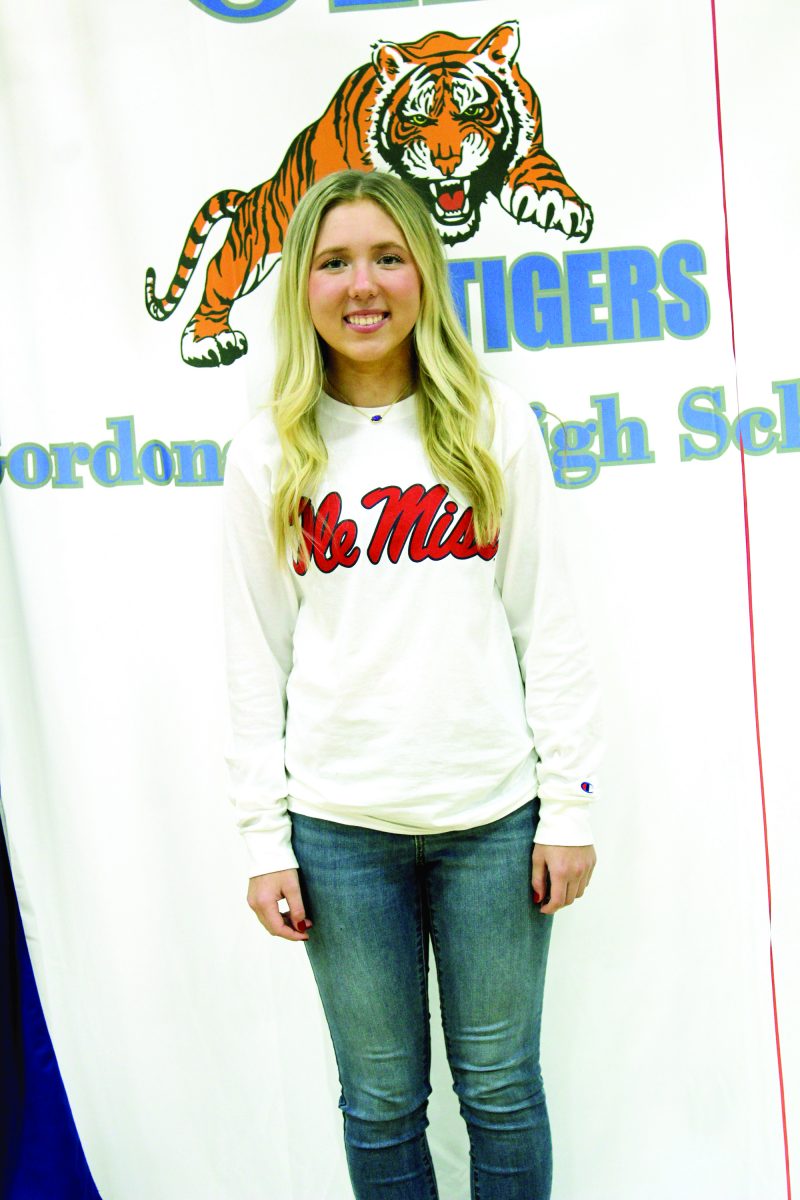 Linder, who captured the individual Class A / Small Class golf title each of her four years at GHS, will make Oxford, Mississippi her home as the Class of 2023 product officially signed to join the Ole Miss Rebels women’s golf program on November 18.

The Ole Miss program has evolved into one of the nation’s elite with head coach Kory Henkes leading the Rebels to a 2021 national title.

“Ole Miss is one of the schools that recruited me the most,” said Linder who is the No. 23 overall Class of 2023 recruit nationally according to the Junior Golf Scoreboard. “The coaches there are amazing, how they interact with their team and their demeanor on the golf course really stood out to me.”

Linder continued, “I have met the players on the team now and I feel like they have really good chemistry.”

“When I went to Oxford, I fell in love with the little town feel. I am from a small town here so it fit for me and the campus was beautiful. Those were the two biggest factors for me.”

Henkes has led the Rebels program since 2015 and in the most recent Ole Miss campaign led the school to its 13th NCAA Regional appearance in school history — during the 2021-2022 season.

Linder never lost a match in her four year career at GHS. The record breaker holds the TSSAA (Tennessee Secondary School Athletic Association) record for the best individual round score — a 63 in the 2022 event. The score tied Linder’s own previous record of 63 in the 2021 championships.

Another record held by the future Rebel is the 36-hole individual score of 132 — which the GHS senior set in 2021 and tied in 2022. Karli Campbell of Summertown also tied the 132 record as Campbell and Linder went to a sudden-death playoff to determine a winner this fall.

Linder and Campbell also challenged each other to the wire in the 2021 Class A Championship.

There has only been four golfers in the history of the TSSAA Championships to win four individual titles with Linder becoming the fourth in October.

The pressure of winning four consecutive titles and the expectations has helped sharpen Linder and prepare the Ole Miss signee for the next level.

“I think my high school career helped me as far as handling the pressure,” said Linder. “After winning the first one, having that expectation of winning all four and to keep winning. I think high school helped me with handling the pressure and in college that will be a really good thing. Especially on a team where three of your four scores count — so you have the pressure of knowing that you have to do so well or you score will not count for your team.”

Linder continued, “I was on a team here at Gordonsville but in college — having eight players on the team and you have to compete with them to make the lineup. You are still a team but you are having to compete within your team. You also compete against the SEC schools and other Division I schools — seeing how you compare with them.”

“So, I am definitely excited about it and seeing where I stand.”