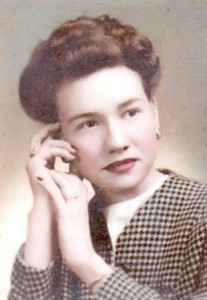 Friday morning, September 2nd funeral services were conducted from the Carthage Chapel of Sanderson Funeral Home by her great nephew, Bro. Mike Ross. Burial followed beside her husband in the Ridgewood Cemetery.

Mrs. Willis was a 1945 graduate of Carthage High School where she majored in home economics and minored in business and accounting.

On June 24, 1949 at the Tulip Street United Methodist Church in Nashville, she was united in marriage to Rome community native Neal Allen Willis. He preceded her in death On March 21, 1973 at the age of 47, following almost twenty four years of marriage.

On November 26, 1982 she retired from Bellsouth where she was an accountant for thirty two and one half years.

Having never had children, Mrs. Willis is survived by twelve nieces and nephews.