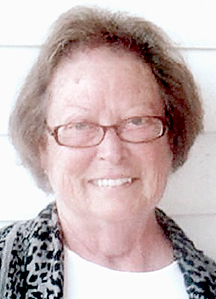 She was preceded in death by her son, Richard Glenn Albritton who died September 18, 2012 at the age of 44 of complications from heart disease.

Ms. Hudson-Albritton was the owner-manager of the T-N-T Shell Station Market on Gordonsville Highway in Gordonsville.

A 1966 graduate of Cookeville High School, she attended the Tennessee Technological University. At Cookeville High School she majored in business and had a triple minor in Math, Science and Home Economics and her junior year was secretary of the Future Homemakers of America. Her junior and senior she was also a member of the Tomorrows Secretaries class.

She was the former owner of Auto Parts Plus in Carthage and was formally a partner with her brother in the Cumberland Supply Co. in South Carthage until the early 80’s.

Ms. Hudson-Albritton was of the Methodist faith.

The family requests memorials to either the Smith County Special Needs Sports or The Lovie Fund, an abandoned animal support fund.