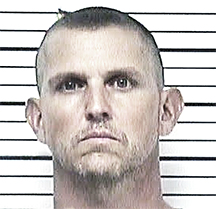 GORDONSVILLE MAN ‘ON THE RUN’ ARRESTED IN OKLAHOMA

A Gordonsville man who fled from police because of pending charges is to appear in general sessions court in October. During the August session of the grand jury, a sealed indictment was returned charging Benjamin Lambert, 44, with four counts of sexual exploitation of a minor.

The investigation which led to the charges was initiated in June, according to Gordonsville Police Chief Shannon Hunt. Shortly after the investigation began, Lambert left the county, but his wife and children remained in Gordonsville Lambert was recently taken into custody by law enforcement authorities in Enid, Oklahoma.

Lambert’s wife, who eventually moved from Gordonsville with the family’s children, was also taken into custody.