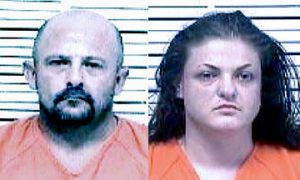 Three people have been arrested in two cases where sheriff’s department officers located methamphetamine, cocaine and heroin. The most recent incident came Sunday night when canine officers Sgt. Junior Fields and Sgt. Ridge Long and deputies Terrence Adams, Layne Silcox and Ray Biggs went to a residence located at All In One Circle in Lancaster for an undercover investigation.

According to an offense report field by Sgt. Long, a resident identified as James Travis Handy, 40, Gainesboro, agreed to sell a 3.6 gram ball of methamphetamine for $125 to Sgt. Fields who was posing as another individual through a Facebook messenger.