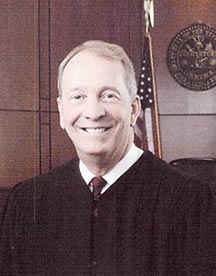 “I have notified Governor Bill Lee of my decision to retire in order for him to initiate the selection process to name a successor judge until the August, 2020 election,” commented Judge Wootten.

“Public office has been described as a public trust. It truly is a rare gift from the citizens to serve in public office. I have considered it my highest professional honor. I am most grateful to the good people of this five county judicial district for granting me their trust for over 21 years,” commented Wootten.