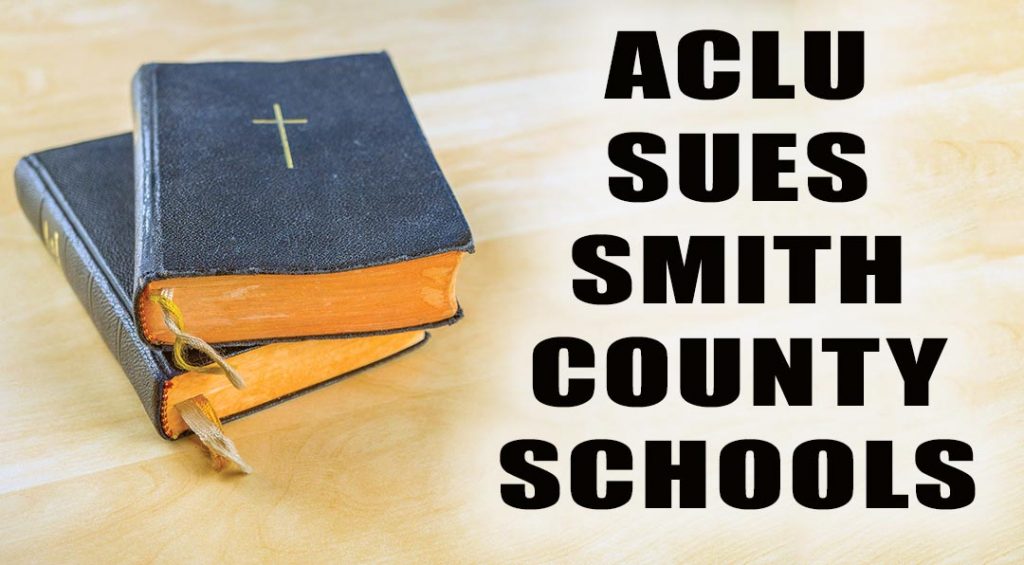 The ACLU of Tennessee filed a lawsuit against Smith County Schools on behalf of two families who say the school system regularly incorporates prayer into school events and proselytizes students.

The plaintiffs are listed as Kelly Butler and Jason and Sharona Carr.

A copy of the lawsuit can be viewed on the ACLU website HERE.

Much more on this story to come @ CarthageCourier.com and in next weeks print edition.